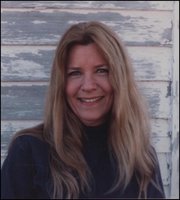 Sieglinde (Siglinda) Ann(e) Gierlach Hayden (Chi Chi) fell asleep peacefully on Friday the 16th of July. She was raised in Lexington, KY to parents Dr. Zygmunt S. and Mary Eileen "Marilyn" Gierlach. She had a full life from marching in 1964 with Martin Luther King in Frankfort, recording and releasing a 45 record in 1964 “Chi Chi and The Treble Makers”, going on to graduate from the AMDA (American Musical and Dramatic Academy) in New York City in 1966, and attending Woodstock. She returned to Kentucky in the ‘80s to raise her two children as a single mother and held a myriad of odd jobs to support them - her favorite was teaching her beloved piano students. When she had time she pursued her love of music and theater by performing in &and directing numerous local playsand musicals in Lexington. In addition to performing, she loved visual arts and creative writing; selling her artwork at local art shows and publishing several poems. She had great compassion for animals and was known for helping any she found injured in the road from box turtles and opossums to stray cats. She is survived by her daughter Bambi (Boanerge), her son Daniel, three brothers: Joe, Peter, David, their families, and a host of long-time friends. A small private ceremony for her ash scattering will be planned by her children. The family asks that in lieu of flowers that a donation be made to either the Jessamine County Animal Care, https://www.adoptjcacc.com/info/donate.phpa local animal shelter that took in her four cats, two of whom are still looking for their forever home, or to the Kentucky Wildlife Center https://www.kywildlife.org/a center that rehabilitates wildlife for release back into the wild. Arrangements by Ransdell Funeral Chapel, where expressions of sympathy may be sent to the family on Siglinda's Tribute Wall at www.ransdellfuneralchapel.com.