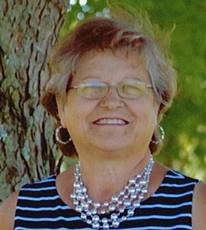 Judith Carol Johnson, 64, Harrodsburg, KY, wife of Richard Gayle Johnson, died Saturday, October 12, 2019, at home.  Born May 21, 1955, in Mercer County, she was the daughter of the late Everett and Beatrice (Settles) Whitenack.

To send flowers to the family or plant a tree in memory of Judith Johnson, please visit Tribute Store
Monday
14
October