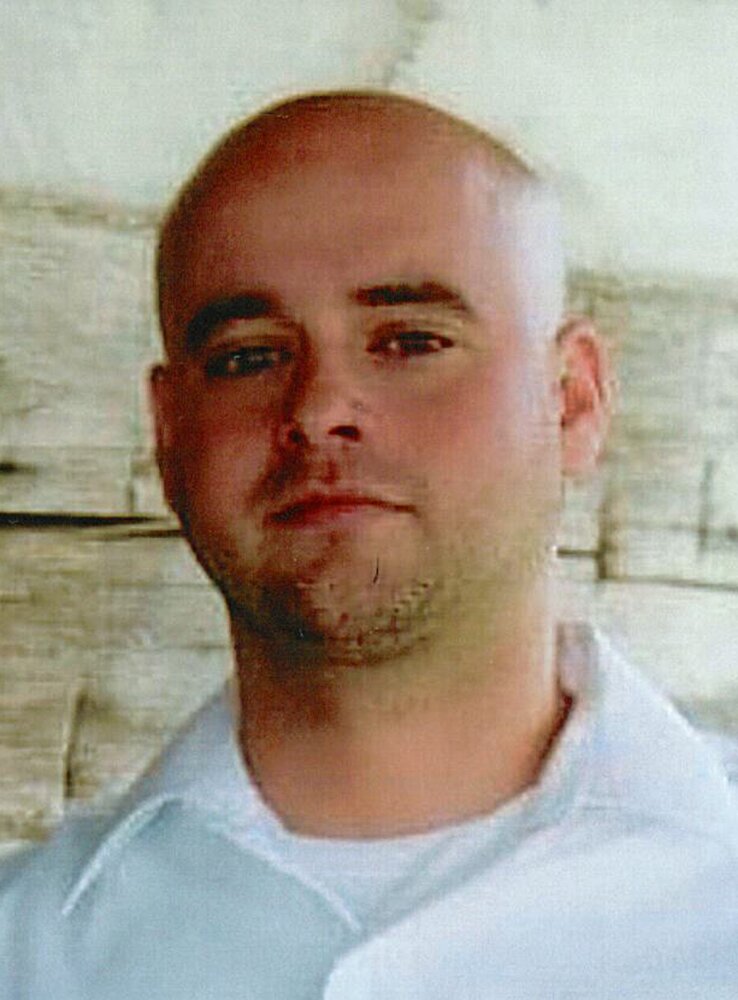 Please share a memory of Nicholas to include in a keepsake book for family and friends.
View Tribute Book
Nicholas “Nick” Keith Moss, 39, Lexington, KY, died Thursday, December 9, 2021, at the V. A. Medical Center, Lexington. Born March 6, 1982, in Mercer County, he was the son of Gary K. [Lisa] Moss and Debbie (Yates) Moss, both of Harrodsburg. Nick was a 13 year Veteran of the Kentucky National Guard, having served in Iraq, and he was a member of the Calvary Baptist Church, Danville, KY. Nick was well-loved by so many people and he kept life interesting to those who knew and loved him. To say that Nick was a North Carolina Tar Heels fan would be an understatement. If you knew Nick, you heard about his Tar Heels. Other survivors include: three brothers, Lee-Thomas [Sarah] Moss of Harrodsburg, Shane [Keita] Moss of Olive Branch, MS and Mason [Mandy] Moss of Harrodsburg; one half brother, Hunter [Shelby] Hawkins of Harrodsburg; nieces, Alexa, Olivia, Kayleigh and Shayla Moss, Callie Watkins and Gabby Cardin; aunts and uncles, Penny [Judy] Derringer, Harrodsburg, Kathy [Roy Lee] Pulliam, Harrodsburg, Ann Thomas [Scott] Huff, Harrodsburg, Renee [Jeff Croley] Moss, Frankfort, Brenda [Barry] Vernia, New Albany, IN; his birth mother, Karen Hawkins of Harrodsburg; his birth grandmother, Betsy Potts; his birth aunt and uncles, Brennan [Sue] Boswell, Tonya [Eddie] Horn, and Bubby [Rita] Isham, all of Harrodsburg; several cousins; and many special friends who have helped him over the years in his life’s challenges. Nick was preceded in death by his maternal grandparents, Tommy and Shirleen Yates, and his paternal grandparents, J. T. and Agnes Moss. Funeral services will be 1 PM, Saturday, Dec. 18, 2021, at the Ransdell Funeral Chapel by John David Lay and Adrian Wallace. Burial with Military Honors will follow in Spring Hill Cemetery, Harrodsburg, KY. Visitation will be 5:00 PM to 8:00 PM Friday and after 9 AM on Saturday, Ransdell Funeral Chapel. Pallbearers: Lee-Thomas, Shane, and Mason Moss, Hunter Hawkins, Aaron Burke, and Justin Wilham. Honorary bearers are Barry Vernia, Jeff Croley and Mark Yates. Memorials are suggested to an established GoFundMe campaign for Nick Moss: https://gofund.me/c8d9891e Expressions of sympathy may be sent to the family at www.ransdellfuneralchapel.com.
Friday
17
December

Look inside to read what others have shared
Family and friends are coming together online to create a special keepsake. Every memory left on the online obituary will be automatically included in this book.
View Tribute Book
Share Your Memory of
Nicholas
Upload Your Memory View All Memories
Be the first to upload a memory!
Share A Memory
Send Flowers
Plant a Tree