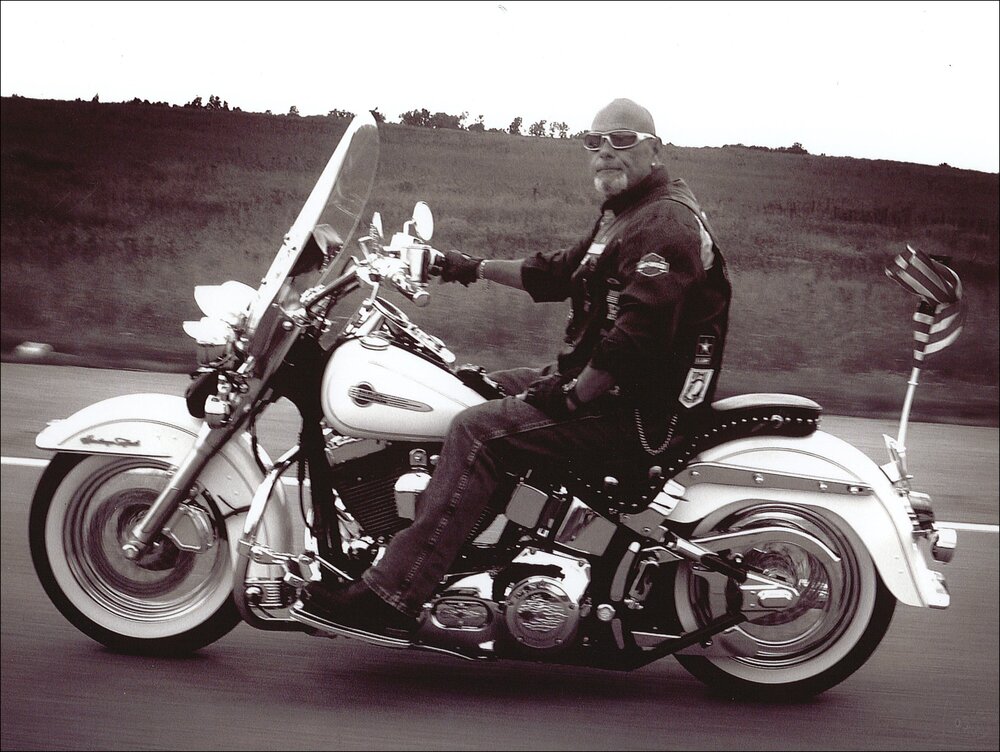 Please share a memory of Randy to include in a keepsake book for family and friends.
View Tribute Book
Randy Allen Baughman, 71, Harrodsburg, KY, husband of Lisa Ponder Baughman, died Sunday, June 12, 2022, at his home. Born February 20, 1951, in Dover, OH, he was the son of the late Robert Dale Baughman and the Evelyn (Graham) Kalbach. Mr. Baughman was a retired veteran of the US Army, a retired Maintenance Manager of Bay West, and was a member of the Manchester Christian Church. Other survivors include: one daughter, April (Don) Greene of SC; two sons, Paul (Debbie) Baughman of Lincoln Co., KY, and Adam (Kisha) Atwood of Casey Co., KY; three sisters: Linda (Larry) Etheridge of Atlanta, GA, Darlene Bitecofer of Manchester, OH and Jinger (Mark) Hoffman of Manchester, OH; five grandchildren, Chantelle Bottom, Jacob Bottom, Eve Baughman, Chloe Atwood, and Hunter Atwood; one great grandchid, Lucas Bottom. He was preceded in death by his first wife, Evelyn Steele Baughman, a grandson, Alex Baughman, and a great granddaughter, Ariella Bottom. Graveside services with Military Honors will be 12:30 PM, Wed., June 15, 2022, at the Camp Nelson National Cemetery. Burial will be in Camp Nelson National Cemetery, Nicholasville, KY. Arrangements by Ransdell Funeral Chapel, where expressions of sympathy may be sent to the family at www.ransdellfuneralchapel.com.
Wednesday
15
June

Look inside to read what others have shared
Family and friends are coming together online to create a special keepsake. Every memory left on the online obituary will be automatically included in this book.
View Tribute Book
Share Your Memory of
Randy
Upload Your Memory View All Memories
Be the first to upload a memory!
Share A Memory
Send Flowers
Plant a Tree