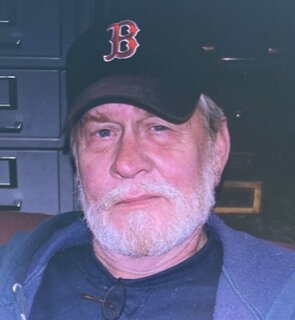 Please share a memory of Jerry to include in a keepsake book for family and friends.
View Tribute Book
Jerry Wayne Davis, 77, former husband of Gloria Bailey Davis, Harrodsburg, KY, died Thursday, July 28, 2022, at the Ephraim McDowell James B Haggin Hospital in Harrodsburg. Born January 30, 1945, in Lubbock, TX, he was the son of the late Shelby and Zelma (Taylor) Davis. Jerry retired as an electrician for Kentucky Utilities. He was a Vietnam veteran of the U.S. Army and a member of the Harrodsburg Christian Church. Survivors include: one son: Dak (Jennifer) Davis of Panama City Beach, FL; a sister: Diana Stillman of Utah and Five Grandchildren. Jerry was preceded in death by his son; Paul Hunter Davis and two brothers; Dan and Bob Davis. A Memorial Gathering will take place 5-7 pm Wednesday, August 3 at the Ransdell Funeral Chapel in Harrodsburg. Private burial will be in the Spring Hill Cemetery, Harrodsburg, KY. The family asked for memorial donation to be sent to Heritage Hospice, 120 Enterprise Dr, Danville, KY 40422
Wednesday
3
August

Look inside to read what others have shared
Family and friends are coming together online to create a special keepsake. Every memory left on the online obituary will be automatically included in this book.
View Tribute Book
Share Your Memory of
Jerry
Upload Your Memory View All Memories
Be the first to upload a memory!
Share A Memory
Send Flowers
Plant a Tree