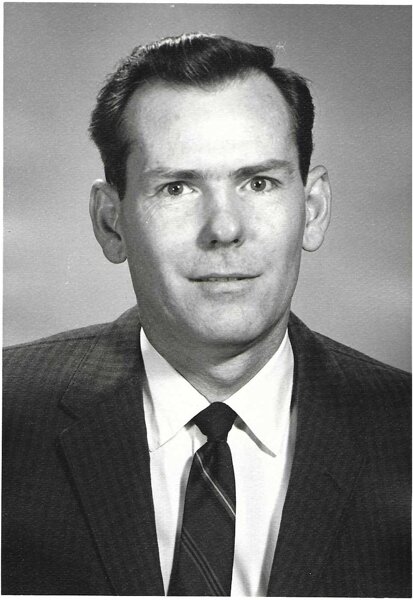 Please share a memory of Marshall to include in a keepsake book for family and friends.
View Tribute Book
Davis Marshall Gritton, 96 of Salvisa, KY, Friday, November 4, 2022, at the Ephraim McDowell Regional Medical Center in Danville. Born October 1, 1926, in Harrodsburg, he was the son of the late Davis Hickman and Sarah (Marshall) Grittion. He was a Electrical Engineer for General Electric Manufacturing. Marshall was a veteran of the United States Army. Survivors include: his sister in law, Mary Dott Gritton; niece, Cindy Reinhart; cousin, Norma Burris Miller. In addition to his parents, he was preceded in death by his brother; "Rags" Robert Andrew Gritton. Visitation will be from 12:00 pm until 1:30 pm, Thursday, November 10 at the Ransdell Funeral Chapel. Private Graveside services will be held later in the Spring Hill Cemetery. Memorials are suggested to Salvisa Baptist Church, P.O. Box 75, Salvisa, Kentucky 40372. Expressions of sympathy may be sent to the family at www.ransdellfuneralchapel.com .
Thursday
10
November

Look inside to read what others have shared
Family and friends are coming together online to create a special keepsake. Every memory left on the online obituary will be automatically included in this book.
View Tribute Book
Share Your Memory of
Marshall
Upload Your Memory View All Memories
Be the first to upload a memory!
Share A Memory
Send Flowers
Plant a Tree