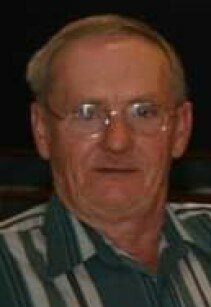 Please share a memory of Henry to include in a keepsake book for family and friends.
View Tribute Book
Henry Gross, 69, husband of 40 years to Edna Montgomery Gross, died Thursday; November 24 at he Ephraim McDowell Regional Medical Center. He was born in Estill County October 27, 1953 to Ruby Mae Hall Gross and the late Finley Gross. Henry worked for “ABC” and Dauenhauer for over 23 years, combined. He was on the Shakertown Volunteer Fire Department, and was a member of the Immanuel Baptist Church. He bowled on Men’s and Couples leagues, and loved to fish, but enjoyed the time with grandchildren the most. Henry is survived by his wife, Edna Gross; mother Ruby Mae Gross; two sons, Duane (Selena) Gross and Brian (Destany) Gross; daughter, Katie (Jon) Richardson; seven grandchildren, Kennedy, Bentley, Paisley, Aubree, Tinley, Ayleigh and Jaxen; siblings, Cecil (Gail) Gross, Lanny Gross, Vickie (Woody) Randall, Patsy (Andy) Martin, Ruby Adkins, Gracie (Tom) Felts and Cindy (Dan) Lavoie. He was preceded in death by his father , Finley Gross and a brother , Clinton Gross. Funeral services will be 11 am, Tuesday; November 29 at the Ransdell funeral Chapel by Terry Morrison and Austin Reid. Burial will follow in the Spring Hill Cemetery. Visitation will be 5-8 pm Monday night. Pallbearers will be Will Pettit, Brian Gross, Jon Richardson, Tom Felts, Jeremy Thacker and Lanny Gross. Honorary Bearers will be, Willie Pettit, Pete Sherrow, Rodney Burton, Jerry Thacker, Donnie Webb, Mike Goforth and Kenny Marshall. Memorial donations are to be directed to the charity of your choice. Expressions of sympathy may be left for the family at www.ransdellfuneralchapel.com.
Monday
28
November

Look inside to read what others have shared
Family and friends are coming together online to create a special keepsake. Every memory left on the online obituary will be automatically included in this book.
View Tribute Book
Share Your Memory of
Henry
Upload Your Memory View All Memories
Be the first to upload a memory!
Share A Memory
Send Flowers
Plant a Tree