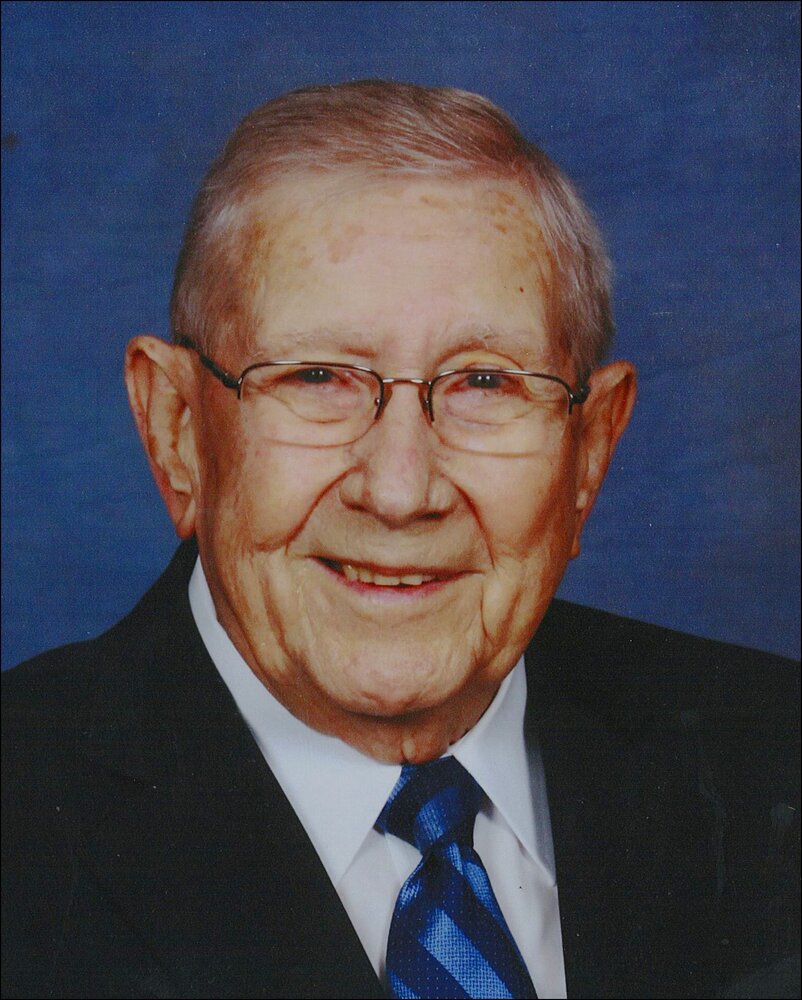 Please share a memory of William to include in a keepsake book for family and friends.
View Tribute Book
William R. Brinkley, 91 of Harrodsburg, KY, widower of Betty Preston Brinkley, died Sunday, Dec. 4 in Richmond, KY. He was born January 21, 1931in Hickman County, KY to the late John Walter and Fannie Floyd Brinkley. Survivors include: a daughter, Joyce (Joe) Chowning, Berea, KY, nephew, John (Lisa) Brinkley, Magnolia, TX, niece, Melissa (Eric) Berhow, Hazel KY, niece, Pam Freeman Rickerson, Lexington, KY, nephew, Rhys Rickerson, Lexington, KY, 2 grandchildren Russell (Heather) Chowning, Evansville, IN, Chelsea (Dane) Fischer, Williamsburg, VA and 4 great grandchildren. He was preceded in death by his brother, John Walter Brinkley. Bill graduated from Central High School in Hickman County, Kentucky in 1949. After high school he went to work for the Ky Artificial Breeders Association and DHIA. There, he was encouraged to attend college by his County Extension Agent. He enrolled at the University of Kentucky, where he was a member of the Farm House Fraternity, graduating with a BS in Agriculture in June of 1954. While in college he met his wife Betty and they were married in 1955. After graduation his first positionwas in Marshall County KYas the 4-H Agent.In 1954 he entered the Air Force as a commissioned officer and served 3 years. Upon returning to Kentucky, he took positions with Franklin County(1957) and Lincoln County(1958-1965) as 4-H Agent. Bill completed his Masters of Animal ScienceDegree from the University of Kentucky in 1965. Hemoved with Betty and Joyce to Harrodsburg in 1966 where he becamethe 4-H Agent. In 1968 he accepted the position as the Extension Agent of Mercer County, retiring from this position in 1990. He was a passionate fan and supporter of UK athletics, especially the basketball team, holding season tickets from the time the team played in Memorial Coliseum. He was a member of and past Chairman of the Board at the Harrodsburg Christian Church. He was past President of the Harrodsburg Rotary Club as well as a past member of the Lions Club. Bill was a devoted brother of the Masons and Shriners. Funeral services will be 12 noon, Saturday, December 10, 2022 at the Ransdell Funeral Chapel, officiated by Pastor Micki McHugh. Burial with military honors will follow in the Spring Hill Cemetery. Visitation 10 AM until 12 noon, Saturday at Ransdell’s. Pallbearers are Lloyd Pickett, Don Engler, Danny Chilton, Kenny Wade, Lee Gentry, Jerry Sampson and Troy Peavler. Honorary bearers are Carolyn Royalty, Gene Lawson, Donna Mayes, David Taylor and the Goodwill Sunday School Class. In lieu of flowers, the family requests donations be made to the Alzheimer’s Association and/or the Harrodsburg Christian Church.
Saturday
10
December

Look inside to read what others have shared
Family and friends are coming together online to create a special keepsake. Every memory left on the online obituary will be automatically included in this book.
View Tribute Book
Share Your Memory of
William
Upload Your Memory View All Memories
Be the first to upload a memory!
Share A Memory
Send Flowers
Plant a Tree