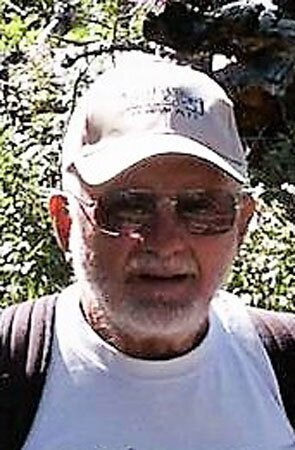 Please share a memory of Charles to include in a keepsake book for family and friends.
View Tribute Book
Charles F. McGuire , 86 husband of Melissa Caywood McGuire, of Harrodsburg, KY died January 6, 2023. Born June 20, 1936 in Adairsville, GA., he was the son of the late Frank D. And Willie Cochran McGuire. His family moved to Lynch, KY when he was an infant and he grew up in the coal camp and graduated Lynch High School in 1954. He was a veteran of the United States Air Force having joined in 1954 and played saxophone in many of the infantry bands. He was last stationed at Thule Greenland before he discharged in 1961. He went on to work at IBM in Lexington, KY until his retirement in 1991. After his retirement he enjoyed his great passions for gardening, wood working, going to the gym and his dogs. Survivors in addition to his wife, include one daughter Laura (Kendall) Perrine of Houston, TX. Nieces Eden(Russel) Crothers of Mascoutah, IL and Michaela (Paul) David-Justus of Severn, MD. His wife would like to thank the many nurses and staff at Heritage Hospice who provided wonderful care during his illness. Along with many friends who came to see him frequently if not every day. Jeremy(Rachel) Robinson, Lee Luthe, Jamie(Sherri) Barker, Jeremy Barker, Bob(Paula) Cairns, Kathy(Steve)Goldsberry and Kenny Sussman. At Chuck’s request there will be no services held. At a later date his ashes will be scattered in his favorite place on his farm and Yellowstone National Park. Memorial contribution are suggested to Heritage Hospice, Inc. P.O. Box 1213, Danville, KY 40422

A Memorial Tree was planted for Charles
We are deeply sorry for your loss ~ the staff at Ransdell Funeral Chapel Inc.
Join in honoring their life - plant a memorial tree
Online Memory & Photo Sharing Event
Online Event
About this Event

Look inside to read what others have shared
Family and friends are coming together online to create a special keepsake. Every memory left on the online obituary will be automatically included in this book.
View Tribute Book
Share Your Memory of
Charles
Upload Your Memory View All Memories
Be the first to upload a memory!
Share A Memory
Send Flowers
Plant a Tree