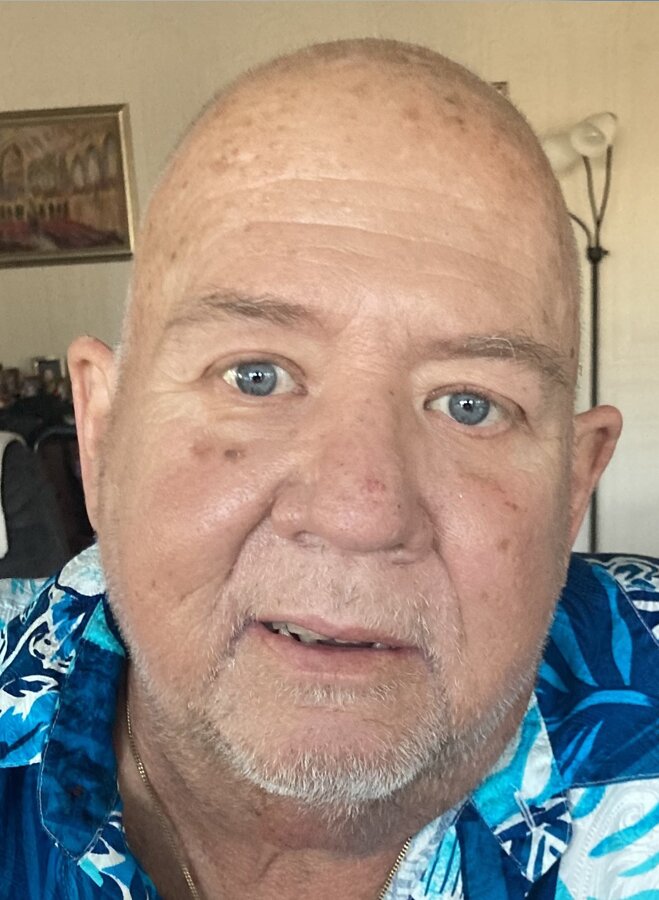 Please share a memory of James to include in a keepsake book for family and friends.
View Tribute Book
James Samuel “Sam” or “Boo-boo” Bradley, 62, Harrodsburg, KY, died , Sunday, August 28 at the Healthpark Hospital, Ft. Myers, FL.. Sam was preceded in death by his parents, Rev. Lonnie Bradley and Willa Mae White Bradley and his son Joseph Lonnie “Joey” Bradley. Survivors include: his ex-wife and caregiver; Kathy Warner Bradley, one step daughter: Kimberly Loran (Jonathan) Murphy and step son: and Charles Jeremy Sapp, grandsons; Jacob and John Luke Murphy, a sister: Susie Nally and a niece and nephew; Betsy Mitchell and Brad (Sarah) Nally of Lexington. He was a part of a special group of “Brothers” that gave him strength and encouragement: Jay Mattingly, Michael Osborne, Richie Hamilton, Jeff Sidebottom, Ellery Milburn and Brad Settles. He was a retired auditor for the State Revenue Department, but coaching football at Woodford County and Danville High Schools were some of his best years. Sam Struggled with the complications of sarcoidosis, which included numerous hospitalizations, rehabs, surgeries and procedures. He fought valiantly through each one, more that many humans could ever do. In every situation, Sam became a favorite of the doctors, nurses, tech and other patients. In spite of the pain and disappointments, he always had a positive spirit that he shared. Most were in awe of his courage and determination. One of the greatest pains Sam Suffered was the loss of his precious son, Joey. Praise the Lord, they are reunited. Sam was baptized at an early age, but revived his relationship with the lord in his later years and sought to live a live reflective of God’s Grace and love. He believed in Heaven and that he would have a restored body with legs that were strong so he could walk again. Last year Sam lived in Florida and was loved by his friends and community. He made an impact with his joy and love. Sam will be missed by so many, but, he is healed and happy now. Visitation will be 10 am – 1 pm Friday, September 2 at the Springfield Baptist Church, 305 Lincoln Park Rd, Springfield, KY, with the Funeral service starting at 1pm, by Tobe Yankey and Ellery Milburn. Burial will follow in Spring Hill Cemetery, Harrodsburg, KY. Pallbearers will be: Jeremy Sapp, Jonathan Murphy, Jacob Murphy, John Luke Murphy, Jay Mattingly, Michael “Ozzie” Osbourne, Richie Hamilton, Jeff Sidebottom, Ellery Milburn, Brad Nally and Brad Settles. The family asked that memorial donations are directed to: St. Jude Children's Research Hospital, St. Jude Place, Memphis, TN 38105 or the Brothers’ Run, 927 Lane Circle, Versailles, KY 40383. Expressions of sympathy may be sent to the family at www.ransdellfuneralchapel.com.
Friday
2
September